Thank a truck driver. Better yet, let’s set aside an entire week to show our love for truck drivers, men and women who deliver goods and services that make our world go ‘round.

Oh wait, that would be the National Truck Driver Appreciation Week, which is September 10-16, 2017. How about a bit of history on NTDAW? The first National Truck Driver Appreciation Week was in 1998 and was eagerly celebrated by the American Trucking Associations. Each year NTDAW is heralded as a much-deserved time when our hard-working, load-hauling friends are recognized.

Our Love for TCS Clients

Here at TCS we appreciate our clients 365 days a year, but especially during National Truck Driver Appreciation Week. We have a great, diverse array of clients. Here are a few fun facts about them:

Speaking of fun facts, you know there are many about the trucking industry and those truckers we appreciate so much during NTDAW and beyond. So, we scoured the internet – Google is our friend! – and found a bunch of those fun facts.

Are you a truck driver or small to medium size trucking company in need of fuel discounts and a great fuel finder device? Let us introduce you to the advantages of being a TCS client. Call us at 844-827-7705 or get started here. 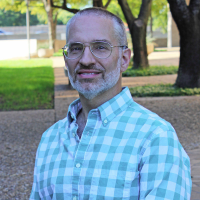 Ready to save more on fuel? Give us a call to get your TCS Fuel Card today!